Googlebot is one such tool used by Google to track webpage updates. They use this information to index the site and determine rankings.

When it comes to the websites and webpages that appear in search results, Google must routinely update their algorithm, which dictates the quality of search results. This ensures that users get information pertaining to their query; the information most relevant to what they’re looking for.

Panda is Google update that was launched in February 2011. Google recently announced that Panda’s power will be enhanced at some point in the very near future. 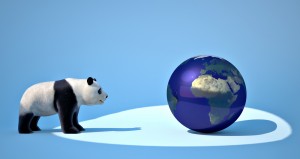 One of Panda’s primary functions is to circumvent websites and webpages that contain copy and pasted content, aka ‘scraped’ content. This is a practice done to root out junk content and to determine how a particular website will rank in Google’s search rankings. The better and more original a site’s content, the better the chances for higher placement in ranking pages.

Content scraping is a common and prevalent practice used to artificially enhance a website’s search ranking. This involves the inundation of certain keywords inside a piece of content, and if Google has its way, scraping will soon becoming an extinct practice. Google’s imminent Panda program update will work to further deter the content scraping practice; an effort to create more organic, or natural, page rankings.

According to Google, their new Panda update will have a ‘direct’ impact on helping small businesses do better! Unfortunately, Google’s Matt Cutts, who made the announcement, did not say when the update will go into effect.

The instances of Google’s algorithmic updates having a benefit to businesses isn’t a universally recognized constant, but the recent statements about the new Panda update are encouraging at least.

You might also be able to give Panda your own personal review. If you haven’t done so recently, try observing the new features of Googles updates for yourself by reviewing the search ranking of websites related to queries you’ve searched for a few years ago. IF you remember running into sites that were jammed with tons of content when entering that query in the past, then perhaps you’ll notice a decreased ranking of such sites today (despite their still being there with the same copy/pasted /stolen keyword rich content).