Google is constantly and tenaciously making updates to its algorithm that continues to change the way designers and content producers approach their respective crafts. One of the most recent changes Google has made is an update to its Top Heavy Algorithm, which penalizes sites that have made their content harder to find.

A site is considered “Top Heavy” if that site’s user experience is adversely affected by an inundation of advertisements in “Above the Fold” regions of that website. If a user clicks on a Google result and finds it difficult to access the site’s “true” content, that particular website may be punished in future Google ranking pages, which pushes it further out of view and greatly hurts its visibility. The far-reaching effects or impact of the recent Google algorithm change, which officially occurred on February 6, 2014, has yet to be determined, but many experts in the online community expect the need for across-the-board adjustments in the imminent future. 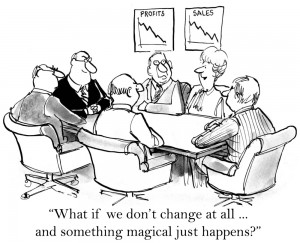 There have been three major to “Top Heavy” Algorithm updates over the last three years, gradually making it more difficult to flood a site with advertisements that bury its important or relevant content. Though it’s difficult to tell just how much of an impact the recent February update will have, it is probably safe to say that ad inundation will swiftly become a thing of the past. Sites that refuse to adjust to or comply with the recent Google changes may see a steady decrease in site traffic, not to mention the possibility of a steadily decreasing revenue stream.

It’s important to stay aware of any changes Google makes, particularly to its algorithms. As the prominent and most popular search engine in the world, Google changes tend to leave indelible impacts on the digital community. Staying competitive requires a commitment to both alertness and awareness.